Danelle Manthey grew up in South Dakota, where at the age of 16 she picked up her first camera. After attending Columbia College, she worked as a color printer, studio manager and photographer. These experiences helped broaden her sense of how to take a photograph, dealing with various subjects, lighting, and production.
Manthey was awarded a residency at Chashama in New York (2005). The work created during this time period was later exhibited in a solo show at the Chashama gallery. Her work has also been featured in the Pool Art Fair (2008), Jenkins Johnson Gallery (2010, 2011), and the Governor’s Island Art Fair (2011).
The artist currently lives and works in New York. 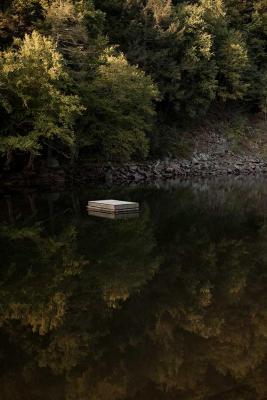