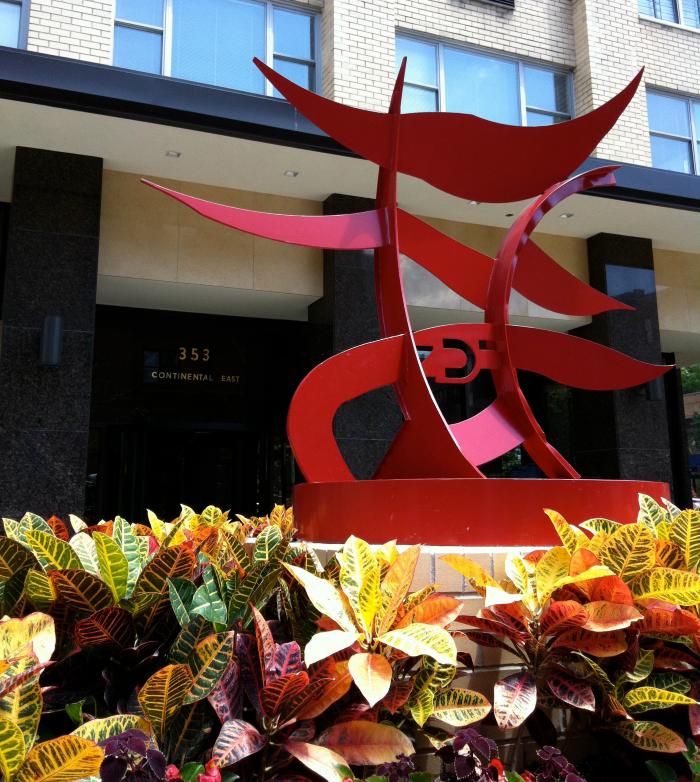 The Broadway Mall Association (BMA), in conjunction with the NYC Department of Parks & Recreation and Susan Eley Fine Art, are pleased to announce the upcoming public exhibition of sculptures by New York artist Carole Eisner. The exhibition of nine monumental works, made from twisted and curved steel, will be on view in the malls from West 62nd to West 166th Streets, premiering September 9 through April 23, 2010.

Ribbon Cutting Ceremony
September 14, 2009 10AM
Dante Park, across from Lincoln Center at 64th St. and Broadway