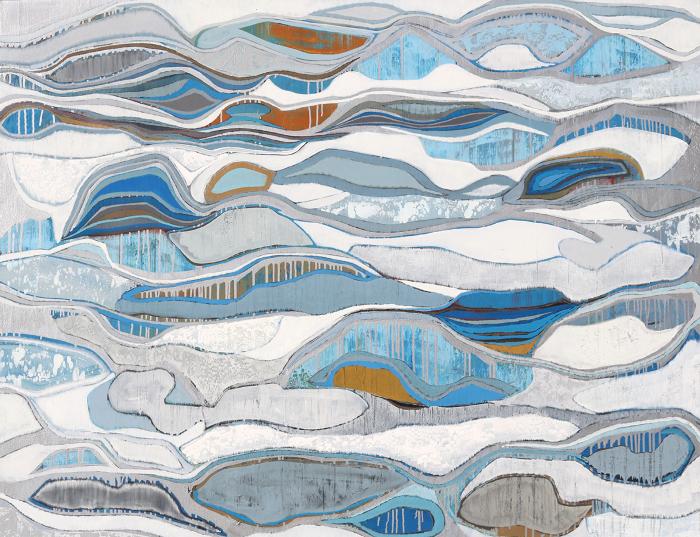 As a child, Los Angeles based artist Chase Langford had an ongoing fascination with maps, which eventually led him to study and work as a cartographer. When he began to paint, it was inevitable that the spacial rhythms of geography would influence his visual sensibility.