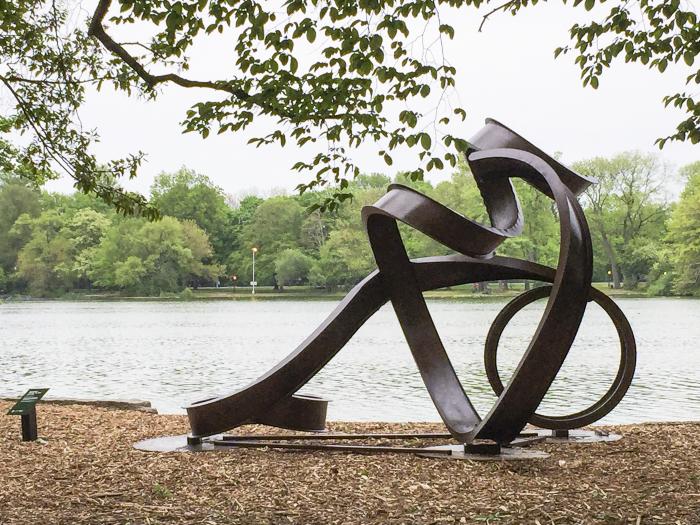 The Prospect Park Alliance, NYC Parks and Susan Eley Fine Art are pleased to announce the upcoming public exhibition of sculpture by New York artist Carole Eisner in Brooklyn’s Prospect Park. The exhibition of four monumental works will premiere on May 15, 2016, and will remain on view for one year.

The sculptures will be placed in three key sites throughout the Park, chosen to maximize visitor access. The grassy triangle entrance facing Grand Army Plaza will be home to “Zerques,” one of the smaller sculptures standing six and half feet tall; “Valentine II,” named for its elegant heart shaped form, will be placed on the lawn in front of the historic Litchfield Villa on 5th Street; and two sculptures, “Dancer” and “Skipper,” 17 feet and 13 feet tall, respectively, and constructed with curved I-beams spiraling and soaring upwards, will be placed on the Peninsula in front of the Lake.
This is Eisner’s third public art exhibition with the NYC Parks’ Art in the Parks program. In 2009 Eisner presented nine sculptures along the medians of Broadway, organized by the Parks Department and the Broadway Mall Association; and in 2012, “Hosea” was installed at the Tramway Plaza on 59th and Second Avenue.